Lydia Davis:
One of the most interesting books for me this past year has been the latest “novel” by the much-laurelled Norwegian Dag Solstad. Since the book, known familiarly over there as “the Telemark novel” (its full title is long), does not exist in English, I have been struggling, happily, to make what I can of it in Norwegian (it’s published by Forlaget Oktober). A most peculiar form of fiction, consisting as it does almost purely of fact and dense with detailed genealogies of Solstad’s ancestors, it is animated, nevertheless, by strangely compelling incidents of centuries-old conflict and joy and by the author’s impassioned investigative spirit and wry commentary

“No, I never use dictionaries. Then there would have been no challenge. No intellectual challenge at all!”
Lydia Davis has just shown me her handwritten notes in the margins of a novel called “unreadable” and “as dull as the phone book” by critics in the country in which it was published.
In Davis’s meticulous handwriting, systematic descriptions of vocabulary, style, and grammar spill over the pages of the novel and onto a stack of papers. The makeshift booklet, made up of sheets of paper folded in half, densely annotated on both sides, constitute a grammar not only of the novel itself, but of the language in which it was written, a grammar constructed entirely by Davis herself.
The 2013 winner of the Man Booker International Prize, who is widely respected for her translations from French, already speaks German and Spanish, has taught herself Dutch and some Portuguese and admits to having “looked into a few other languages,” although, she adds, “I wouldn’t say I speak them.”
After visiting a literary festival in Norway in 2013, Davis embarked upon her most ambitious linguistic project to date. She decided to learn Norwegian, a language previously unknown to her, from this novel, and this novel only.
“I can’t pronounce the title, so I just call it ‘the Telemark novel’,” Davis admits.

“Do exactly what you want, that’s my idea. Some will love it and some will hate it, and that’s alright.”
(...)
“I did not want to stop reading Norwegian,” Davis wrote about the experiment in The Times Literary Supplement: “I had become attached to my daily immersion in the tales, some quite dramatic, all curiously entrancing.” The result was a heartfelt passion for the book itself.

“You may ask questions in Norwegian—if they are simple,” Davis wrote in an email before the interview.
When she greets me at the train station of her hometown, Hudson, two hours north of New York City, Davis is happy to explain how the project grew out of her idea of what it means to be an international writer:
“It all started with a resolution. After my books started coming out in various countries, I made a decision: Any language or culture that translates my work, I want to repay by translating something from that language into English, no matter how small. It might end up being just one poem or one story, but I would always translate something in return.”
(...)
“Were those first words in the novel—‘Read slowly, word by word, if you wish to understand what I am saying.’—in themselves an encouragement?”
“At that point I didn’t even worry about what it meant, I was more concerned with decoding words than interpreting content. But at least I can say I really followed the author’s instructions!”
“How do you start making sense of such a complex material?”
“Some passages are richer than others. Look at this, for example, when I found this I felt I had found a goldmine…” She examines the pages, pointing to a paragraph. “Look, these words clearly form pairs, they function as opposites,” she says. “’Jung’—is that how you pronounce this?”
“Young”?
“Yes, ‘young’ and ‘old’, I knew that was what ‘ung’ and ‘gammel’ meant. I could tell what followed was a whole list of opposites of the same order. So I could easily figure out the other words: ‘rich’ and ‘poor,’ ‘sickness’ and ‘health’. You see how you are suddenly able to unlock so many words, just by studying the pattern? Take the words beginning with ‘Hv.’ I guessed they were used in questions: ‘hva’ meaning ‘what’, ‘hvorfor’ meaning ‘why’. But it took me a long time to figure out ‘hvis’ was ‘if.’ I had to start by assuming it was a word of the same class and then test all the different possibilities. The h is always silent, right?
“Correct. So when you find a pattern, do you check with other sources to see if you’re right?”
“No, no, never! Then it wouldn’t be the same. I want to figure it out myself. I think of learning a language as a riddle. Learning it this way is like being an egyptologist, deciphering hieroglyphs. It is that process, finding the key that opens up a world of meaning that was previously hidden, which is the motivation for me. To learn grammar in the traditional textbook way would just be too boring.


What books are currently on your night stand?
Karl Ove Knausgaard’s “My Struggle: Book 2” is on top of the pile at the moment. You’d think, from where the bookmark is, that I’m near the end, but the book is so fat that that’s an illusion — I still have 100 pages to go. Another that I’m reading, this one in Norwegian, is by one of Norway’s pre-eminent fiction writers, Dag Solstad. It’s called “Armand V.,” and it’s entirely in the form of footnotes to a novel that does not exist but that we begin to imagine as we read this one. (...)


What books might we be surprised to find on your shelves?
A Mickey Mouse comic book in Norwegian — I bought it to help me with the language. Ditto a couple of children’s books in Norwegian. Many different editions of the children’s classic “Bob, Son of Battle,” by Alfred Ollivant — I was collecting them. A book I’m actually enjoying a lot called “Studies in Lowland Scots,” by James Colville (published in 1909). A lovely little thick volume in Dutch showing different traditional costumes. Some old books by Lenin inherited from my father that haven’t yet found a good home. 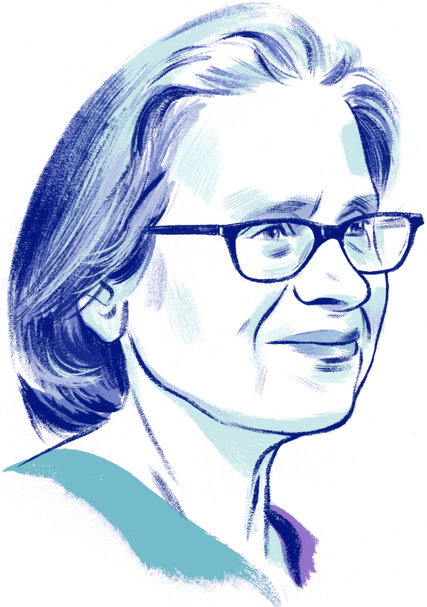