The white youth of today have begun to react to the fact that the 'American way of Life' is a fossil of history. What do they care if their old baldheaded and crew-cut elders don't dig their caveman mops? They couldn't care less about the old, stiffassed *honkies who don't like their new dances: Frug. Monkey, Jerk, Swim, Watusi. All they know is that it feels good to swing to way-out body-rhythms instead of dragassing across the dance floor like zombies to the dead beat of mindsmothered Mickey Mouse music. Is it any wonder that the youth have lost all respect for their elders, for law and order, when for as long they remember all they've experienced is a monumental bickering over the Negro's place in American society and the right of people around the world to be left alone by outside powers.? They have witnessed the law, both domestic and international, being spat upon by those who do not like its terms. Is it any wonder, then, that they feel justified, by sitting-in and freedom riding, in brealing laws made by lawless men? Old funny-styled, zipper-mouthed night riders know nothing but to haul out an investigating committee to look into the disturbance to find the cause of the unrest among the youth. Look into the mirror! The cause is you, Mr. and Mrs. Yesterday, you with your forked tongues.
A young white today cannot help but recoil from the base deeds of his people. On every side, on every continet, he sees racial arrogance, savage brutality toward the conquered and subjegated people, genocide; he sees the human cargo of the slave trade; he sees the systematic extermination of American Indians; he sees the civilized nations of Europe fighting in imperial depravity over the lands of other people - and over posessesion of the very people themselves. There seems to be no end to the ghastly deeds of which his people is guilty. GUILTY. The slaughter of the Jews by the Germans, the dropping of atomic bombs on the Japanese people - these deeds weigh heavily upon the prostrate souls and tumultuous conscience of the white youth. The white heroes, their hands dripping with blood, are dead.
The young whites know that the colored people of the world, Afro-Americans included, do not seek revenge for their suffering. They seek the same thing the white rebel wants: an end to war and exploitation. Black and white, the young rebels are free people, free in a way that Americans have never seen before in the history of their country. And they are outraged.
There is in America today a generation of white youth that is truly worthy of a black man's respect, and this is a rare event in the foul annals of American History. From the beginning of the contact between blacks and whites, there has been very little reason for a black man to respect a white, with such exceptions as John Brown and others lesser known. But respect commands itself and it can neither be given nor withheld when it is due. If a man like Malcolm X could change and repudiate racism, if I myself and other former Muslims can change, if young whites can change, then there is hope for America. It was certainly strange to find myself, while steeped in the doctrine that all whites were devils by nature, commanded by the heart to applaud and acknowledge respect for these young whites - despite the fact that they are descendants of the masters and I the descendant of a slave. The sins of the fathers are visited on the heads of the children - but only if the children continue in the evil deeds of the fathers.

* (fra The Racial Slur Database) Possibly comes from the term "Honky Tonk", which is a type of country music. Another interesting theory suggests it originated as "Hunky" (and "Bohunk") to refer to Slavic and Hungarian immigrants and eventually transformed into "Honkey" to refer to all White people. Might also come from the African Wolof word "Honq" meaning red or pink and used to describe white men. Yet another theory has it originating from white men honking their horns to call on the lounge singer/prostitute types in 1920's Harlem. 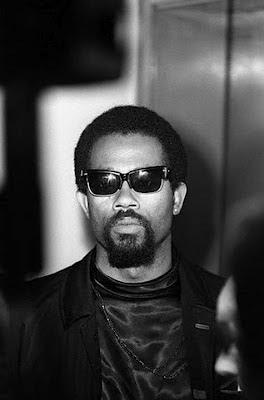