"Cooper's art has some defects. In one place in "Deerslayer," and in the restricted space of two-thirds of a page, Cooper has scored 114 offenses against literary art out of a possible 115. It breaks the record.
There are nineteen rules governing literary art in domain of romantic fiction -- some say twenty-two. In "Deerslayer," Cooper violated eighteen of them. These eighteen require:

In addition to these large rules, there are some little ones. These require that the author shall:


12. Say what he is proposing to say, not merely come near it. 13. Use the right word, not its second cousin.
14. Eschew surplusage.
15. Not omit necessary details.
16. Avoid slovenliness of form.
17. Use good grammar.
18. Employ a simple and straightforward style.

Even these seven are coldly and persistently violated in the "Deerslayer" tale.

Cooper's gift in the way of invention was not a rich endowment; but such as it was he liked to work it, he was pleased with the effects, and indeed he did some quite sweet things with it. In his little box of stage-properties he kept six or eight cunning devices, tricks, artifices for his savages and woodsmen to deceive and circumvent each other with, and he was never so happy as when he was working these innocent things and seeing them go. A favorite one was to make a moccasined person tread in the tracks of a moccasined enemy, and thus hide his own trail. Cooper wore out barrels and barrels of moccasins in working that trick. Another stage-property that he pulled out of his box pretty frequently was the broken twig. He prized his broken twig above all the rest of his effects, and worked it the hardest. It is a restful chapter in any book of his when somebody doesn't step on a dry twig and alarm all the reds and whites for two hundred yards around. Every time a Cooper person is in peril, and absolute silence is worth four dollars a minute, he is sure to step on a dry twig. There may be a hundred other handier things to step on, but that wouldn't satisfy Cooper. Cooper requires him to turn out and find a dry twig; and if he can't do it, go and borrow one. In fact, the Leatherstocking Series ought to have been called the Broken Twig Series." 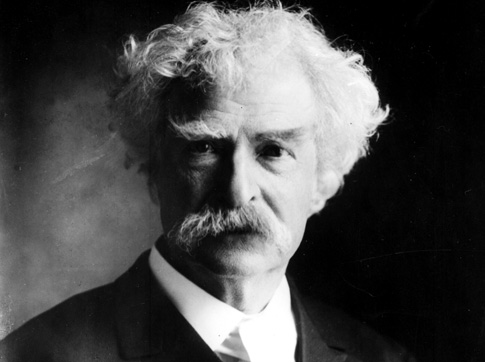