The published version of his story - Escape from Laos - was rewritten and issued by a military press, which streamlined the text and removed many interesting details, leaving only the barebones tale of the prisoners. Everything inspired about Dieter's original, rambling manuscript was simplified in the book, which is devoid of all imagination. He never learnt to read and write English properly, so articulated himself in what is essentially phonetic english. The missspelling and creation of new words are wild; he spells "machete" as "muchetty". I have always compared Dieter's prose to Joyce's Finnegans Wake, a book I don't care much for and which I fel drove Englisg literature into a cul-de-sac from which - to this day - it has struggled to emerge. The learned poet Joyce attempted to push language to a certain limit in a rather calculated way, but the resulting book is an artificial and cerebral calculation, an experiment with language, a detoru from true storytelling. Dieter plays with language in the same kind of way, but with genuine innocence, believing this actually is English. I can already feel the whacks from Joyce scholars for saying such sacrilgious things, but I'm convinced that Diter's original manuscript - which truly brims with life - is an authentic Finnegans Wake. 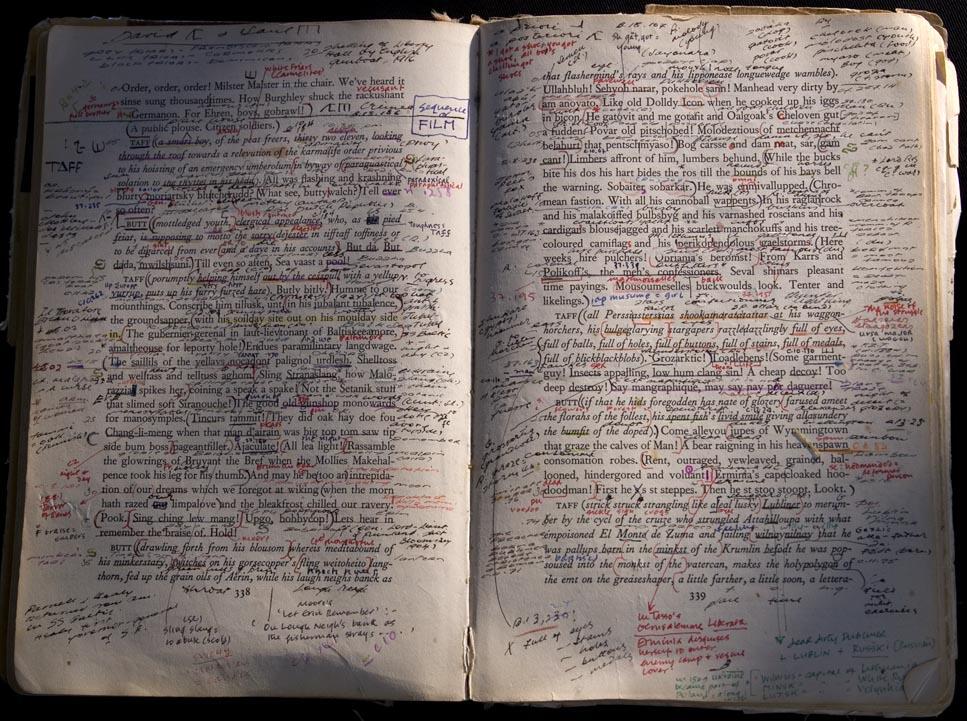